TweetiKeyword – Free, free iPhone App was released on Monday to help you whether it’s worthwhile to purchase the paid iPhone App iKeyword. iKeyword – Free is a huge success, if you haven’t already tried it you should head over to the App Store and download.

Whole of this week I have been working on an uber cool iPad application which will hopefully be released in August, it’s a biggie. Stay subscribed or follow me on Twitter to be the first to hear when it’s released.

Btw, system administrator appreciation day falls tomorrow; do not forget to throw a party for your SysAdmin, get him/her a gift or just say thanks 🙂 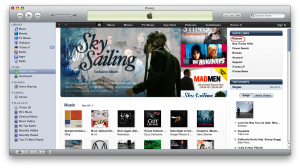 When distributing iKeyword coupons everyone was having issues with figuring out where to enter the coupon. Apple did a good job to make sure unsuspecting users will end up buying the app instead of redeeming the coupon because there is no way to use the coupon from the iTunes on the iPhone and even with iTune for Mac or Windows you couldn’t redeem the coupon from the App details page, clever of you Apple. 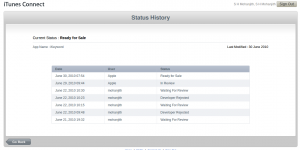 Last Wednesday first iPhone app was released under my account, iKeyword. iKeyword allows you to search for related keywords on your iPhone or iPod Touch. I use Google AdWords keyword suggestion API to discover/generate keywords. It was a fun project. I also need to give a shout out to Oliver Tani for giving me feedback on what Online Marketers really want.

To much to my surprise Apple’s approval process only took 7 days (5 working days), thank you Apple for speedy approval 🙂 . See the screenshot of iTunes Connect bellow.